What is Radish? | Amazing Health Benefits Of Radish

Season To Enjoy Radish & Most Common Culinary Recipes Of Radish

Radish – An Introduction To The Edible Tuber

Radish or Muli is a worldwide popular tuber vegetable consumed in culinary dishes and eaten raw. Radishes are found in many varieties according to color, taste, size, length, and flavor. Some of the radish varieties germinate and grow very quickly within a month, and some varieties like daikon take several months to grow and harvest.

Radish is found in various colors like pink, white, cream, yellow, red, and purple with length ranging from 13 cm to 60 cm. Radish is grown throughout the year, but it is a winter crop.

Some type of radishes like daikon seeds is used to make oil which is used as bio-fuel. Daikon is also grown to increase the fertility of the soil, suppressing weeds, and alleviate soil compaction.

Season To Enjoy Radish & Its Recipes

Radish is grown in the cool season, and harvested during winter in India; months of October to January. In western countries, radish is found to be cultivated and harvested from March to May.

Why The Name – Radish

Radish is a tuber vegetable grown as roots of the tree; it got its common name is according to this morphology. ‘Radix’ is a Latin word for roots; from this word ‘Radish’ came into use.

What Is The Taste & How Does It Smell

Radish is a crunchy vegetable with a peppery and pungent taste. Radish has a characteristic odor due to a chemical gas Methyl Mercaptan.

Most Common Culinary Recipes Of Radish

Muli Ke Parathe: Muli Ke Parathe is an Indian flatbread recipe; made using grated radish, wheat flour, Bengal gram flour, carom seeds, red chili powder, turmeric powder, and salt. All the ingredients are mixed and knead to the dough using yogurt; rolled into Parathas. This Paratha is roasted with some clarified butter and served with pickle and yogurt.

Muli Ku Sabzi: Muli Ki Sabzi is an Indian recipe made of radish served with Paratha, Roti or Dal-Chaval. Radish is chopped into medium-sized pieces and cooked in a tempering of cumin, curry leaves, turmeric powder, red chili powder, and some spices. Sometimes Bengal gram powder is added to the Sabzi for a different taste.

Radish Sambar: Sambar is a south Indian recipe made with any legume, different vegetables, tamarind, and jaggery served with Idli, Dosa, rice, and Uttappam. Sometimes radish chopped into round pieces and added to the sambar.

Radish & Tofu Soup: Radish is cooked to make a very healthy and savory radish soup mixed with Tofu, and other vegetables. Radish & Tofu soup is a Japanese delicacy.

Radish & Meat: In the Kashmiri valley of India; meat is cooked with radish in a rich mix of spices. Radish & meat dish is served with some steamed rice or heavy buttered Paratha.

Radish With Ricotta: Ricotta is an Italian whey cheese made from goat, sheep, cow, or buffalo milk. Freshly made ricotta with chopped crunchy radish is served as the snack.

Raw Radish: Raw radish is eaten in the Indian sub-continent as the salad along with a meal. Radish is a crunchy salad with its characteristic taste. In northern parts of Indian states, like Punjab, people eat the whole radish as fruit or in the form of salad.

Rolls: Radish is mixed in stirred crabs, celery, and apple; filled in a breadstick to make a tasty, crunchy and healthy crab rolls.

Radish contains some amount of vitamin C with other vitamins like B group vitamins in a low amount. Radish also contains some dietary minerals but in low value; some of which are magnesium, manganese, iron, calcium, phosphorus, potassium, and zinc. 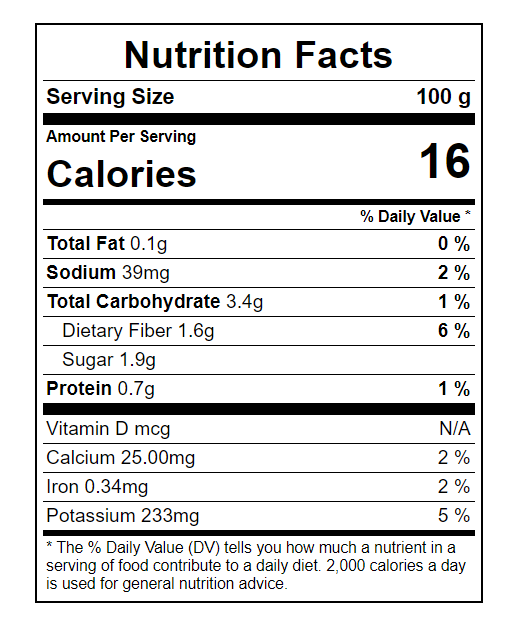 Cure Jaundice: Radish is very good for liver and stomach health; as it works as a detoxifier that is used to clean blood and clear waste.

Keeps Away Piles: Radish is useful for good digestion, water retention, and prevents constipation. Constipation is the main reason for piles; useful to relieve piles problems and intestine soothing.

Cure Leucoderma: The anti-oxidant and anti-carcinogenic property of radish makes it a useful medicine over Leukoderma. Radish consumption through diet or radish pack made of grated radish, vinegar, or ginger juice when applied on white patches can bring the original color.

A Brief History Of Radish

The historical account of radish is observed to be during the 3rd century BC. Radish is assumed to be originated in the Southeast Asia region, but the archeologist finds no confirmed evidence. The region is found to be growing many wild varieties of radish so the conclusion. Another region producing radish in different forms is found to be India, China, and Central Asia.

Radish entered European countries and Roman Empire during 1st century AD and recorded in Roman and Greek history with its varied types. Radish is found to be a crop of first batch entry to the American sub-continent.

Radish is cultivated in any type of loosened soil with good drainage. The soil should be tilled before sowing the seeds for making an easy space for radish growth in soil. Some natural manure can increase the radish quality.

Radish requires cool temperature for a good taste or its taste becomes pungent with the increase in the temperature.

What are Mangoes? | Amazing Health Benefits Of Man...

What are Mangoes? | Amazing Health Benefits Of Mangoes

What is Orange? | Amazing Health Benefits Of Orange

What is Okra? | Okra: Nutrition, Health Benefits, and Recipe tips

What is Milk? | Amazing Health Benefits Of Milk

What is Cheese? | Amazing Health Benefits Of Cheese

What is Eggplant? | Amazing Health Benefits Of Eggplant

What is Wheat? | Amazing Health Benefits Of Wheat